That pile of Venezuelan currency (Bolivar) is equivalent to 1 U.S. Dollar. In fact, as I write this, one USD is worth about 140,000 Venezuelan Bolivars. Looks like you’d need a wheelbarrow of cash just to buy a loaf of bread…if there is even any bread left on the shelves. 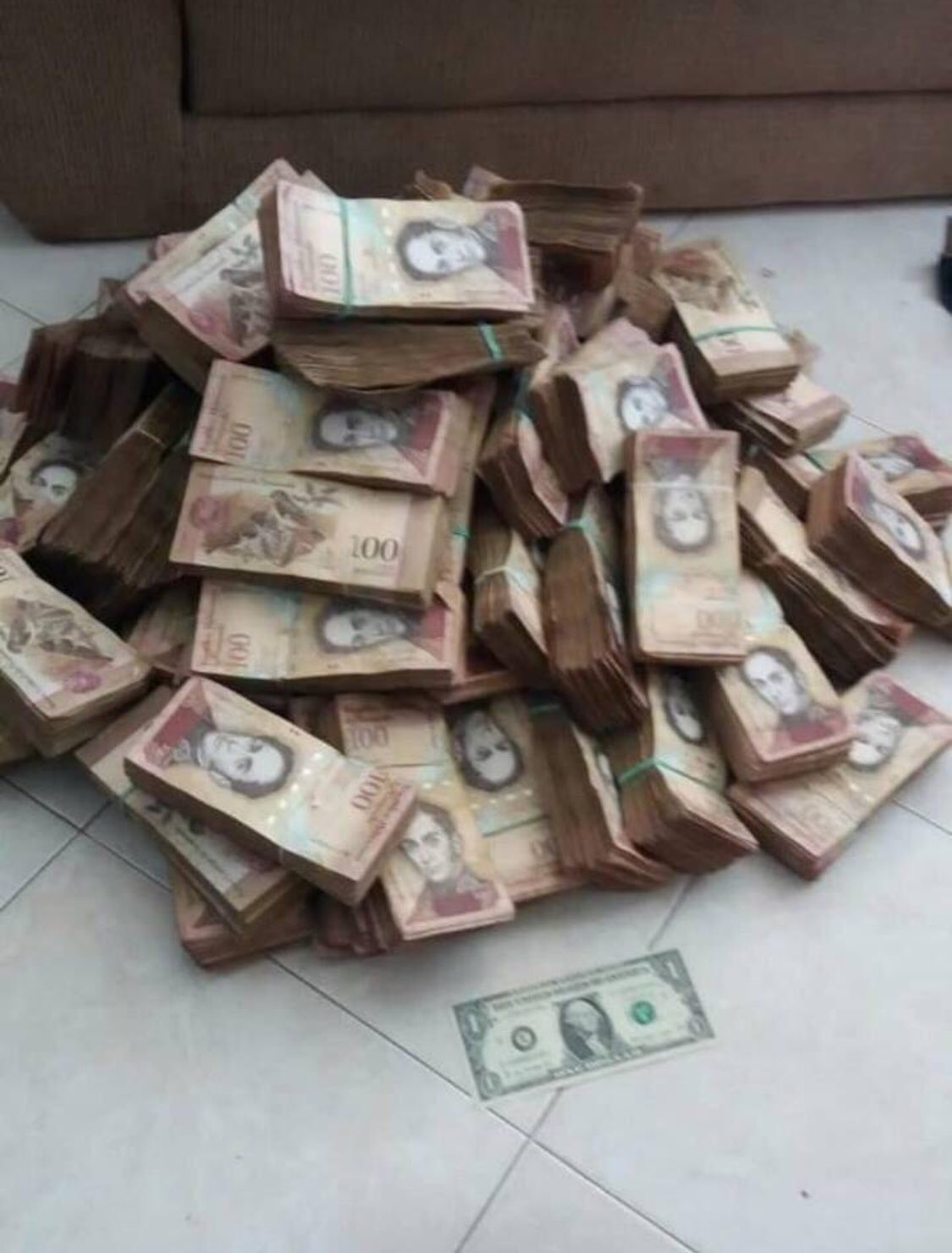 Below is a hockey-stick chart if I’ve ever seen one. We are witnessing hyperinflation in real-time. The International Monetary Fund projects Venezuela’s hyperinflation will reach 1,000,000% by the end of 2018! 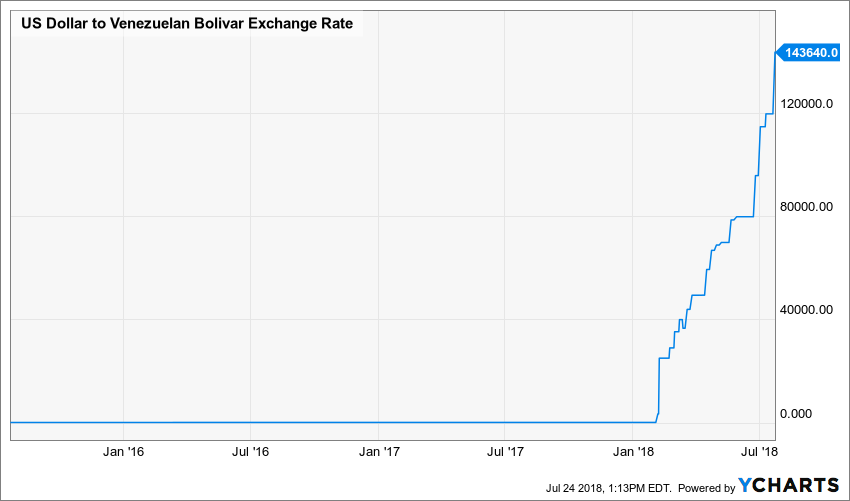 In the 20th century there were over two dozen instances of hyperinflation in various countries around the world. ​So this is not unprecedented. The most widely-cited examples are Germany after World War I and, more recently, Zimbabwe from the late-1990s to late-2000s. It got so bad in Zimbabwe that by the end the largest denomination of Zimbabwe note was 100 trillion!

“Those who cannot remember the past are condemned to repeat it.”