The U.S. stock market was able to set a new closing all-time high last week exceeding the prior record set February 19th before the 34% selloff.

In other words, the market is now higher than it was when GDP was positive / expanding and unemployment was at 3.5% even though GDP contracted by about 33% in Q2 and millions and millions of people have become unemployed, the national debt has exploded and many businesses have since declared bankruptcy.

That means the valuations are now more extreme than ever once again. 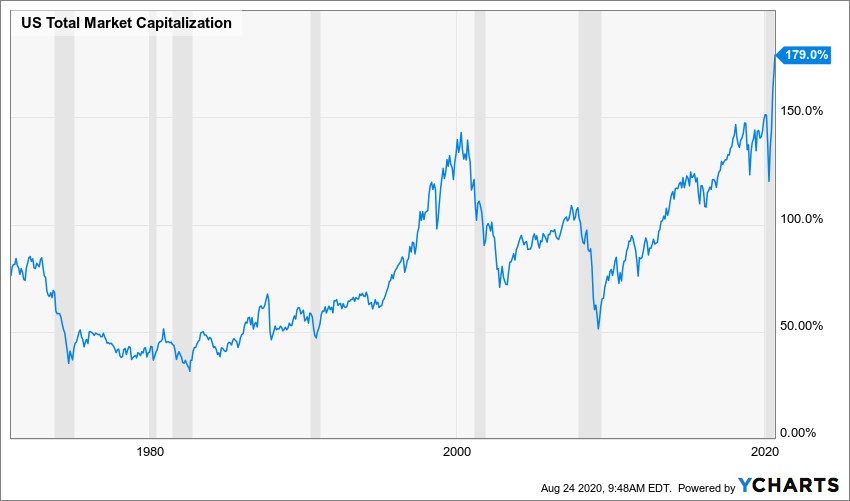 I don’t much care for this metric because its correlation to subsequent returns is relatively weak, but it is interesting nonetheless. 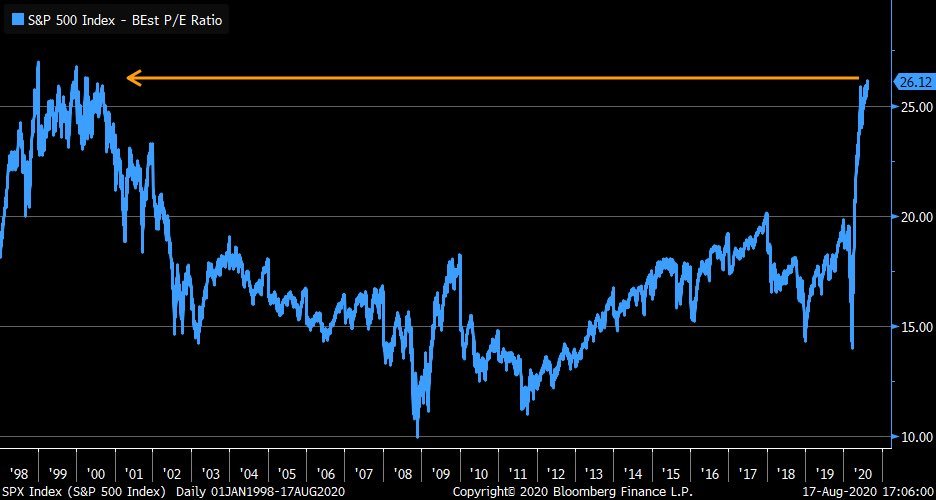 This easily surpasses the prior record of 106% when we were fighting the World War II. The difference, however, between then and now is that today the private sector has FAR more debt as well. Back in World War II, the U.S. was in a depression throughout the 1930s and then rations were in place during the war so there was a forced deleveraging within the private sector.

The debt will continue to act like an anchor on U.S. growth until the debt can be worked down.

In other words, imagine a household that has a mortgage on the house, maxed out their credit cards, both cars have huge loans, student loans, etc… That household has very little capacity to save, invest or spend as a large portion of their income must go to simply servicing the debt let alone paying it down or leaving enough discretionary income for other things.

This is essentially the state of the United States right now. As a country, we’re like a trust fund child who has spent all their inheritance AND has taken on debt. The debt is not being used to make productive investments in our future that can be self-funding but is being squandered on funding a playboy lifestyle we cannot afford. 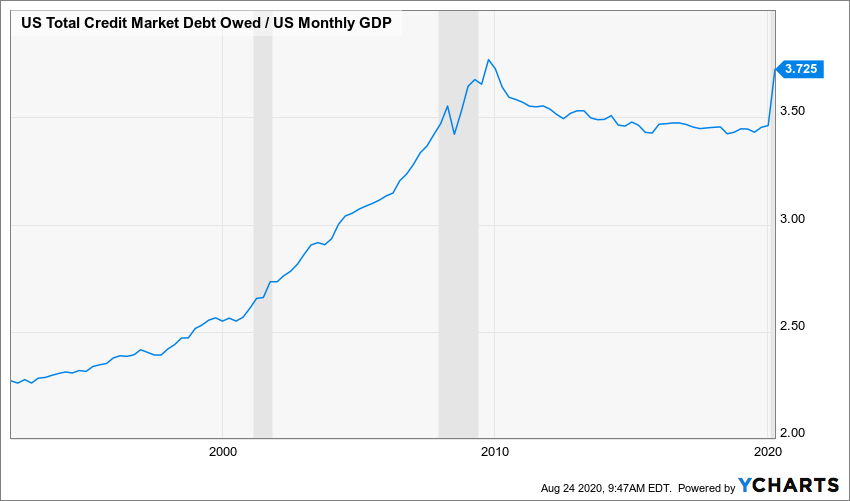 We know this has been a horrible year in terms of corporate bankruptcies as we can see in this chart below comparing 2020 bankruptcies to 2009 (Great Financial Crisis) and 2002 (Dot Com Bubble Burst). 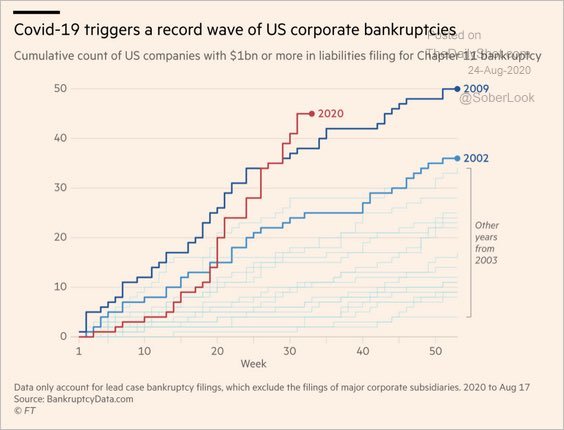 We’re also seeing mortgage delinquencies surging from 4.4% in Q1 to 8.8% in Q2, which is the largest increase on record. 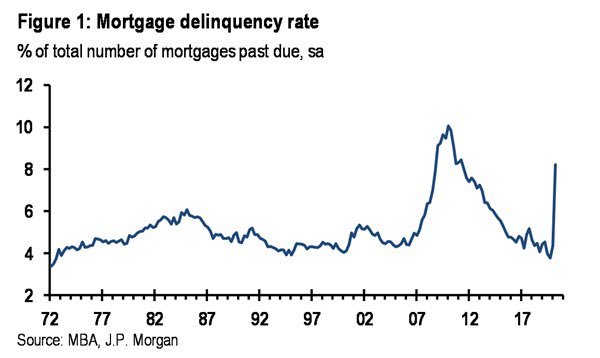 What Does it All Mean

If none of this makes sense to you, or it makes sense but you’re not really sure how to proceed or how to weight various assets within your portfolio, reach out to me so I can help you identify prudent next steps and navigate this truly unique time in American history. The first step I take with new clients is producing financial projections that serve as the blueprint for all major financial decisions so we can be sure our decisions are informed, rational and objective instead of emotional or naive.