We recently found out that the U.S. government’s official estimate of the national budget deficit for fiscal year that ended September 30th was $779 billion. Yet, when I look at the change in the national debt for the same period I see an increase of $1.25 trillion.

So if the official deficit was $779 billion, how did the national debt grow by over $1.2 trillion? Sounds like questionable accounting practices to me. 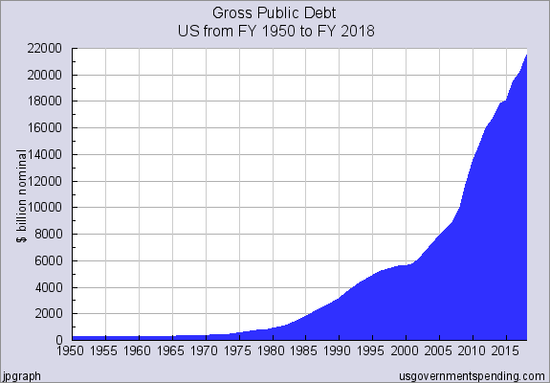 It seems that no matter which political party is in control, one thing is absolutely consistent, spending will rise and the national debt will grow. As hard as it is to believe, there was actually a time in our nation’s history where the government paid down debt like a responsible borrower. Those days are far gone.

Sadly, the funded national debt (the one mentioned above) doesn’t tell the whole story. There are a lot of future obligations we’ve put on ourselves and our posterity that is not included in the debt figure discussed above. These future obligations are called un-funded liabilities. Some estimates of these un-funded liabilities are in excess of $100 trillion and while other estimates exceed $200 trillion!

Obviously, our country’s fiscal situation (along with many other countries’) needs to be addressed. Much like a household requiring adjustments to become financially independent, the earlier we can address these issues the less painful the adjustments will be. The longer we wait, however, the more painful and draconian the adjustments become.

This is a not a political statement. I’m attacking both parties equally because both parties have been responsible for our current and future fiscal woes. This is simply an observation and statement of fact.