Interest rates have been rising recently as inflation has been hot, and the market is front-running the Federal Reserve’s plans to raise interest rates intended to fight inflation.

In fact, the 10-year treasury rate has more than doubled to about 2.8% from 1.2% in about eight months. The 2-year yield has increased to over 2.5% from about 0.2% in the same period. As I mentioned in my commentary from a few days ago, we’re taking advantage by allocating excess cash reserves to 1 and 2-year treasuries as we can finally earn some interest.

The Federal Reserve (the Fed) is in a VERY difficult position. To fight inflation they must tighten monetary policy (raise interest rates, reduce their balance sheet). At the same time, they risk popping the historic asset bubble we find ourselves in.

The question is, how high will the Fed let interest rates go / how much pain will they tolerate before reversing course again like they did in 2018-2019 when tighter monetary policy led to a brief collapse in stocks and frozen credit markets?

The difference between now and 2018, however, is that inflation is much higher today than it was then, which makes their current position so much more difficult. They don’t have the same freedom to reverse and ease policy once again if inflation stays hot. Today inflation is running over 8% while it was just 2%-3% in 2018. So, the Fed’s hand is forced to a point.

Having said all that, I continue to believe inflation could cool a bit on its own as stimulus wanes and supply chains are repaired (see retail inventories chart below), which, if true, could potentially give the Fed some cover. I’m sure Fed Chairman Jerome Powell is praying every night that inflation cools on its own so he’s not forced into this corner for long. 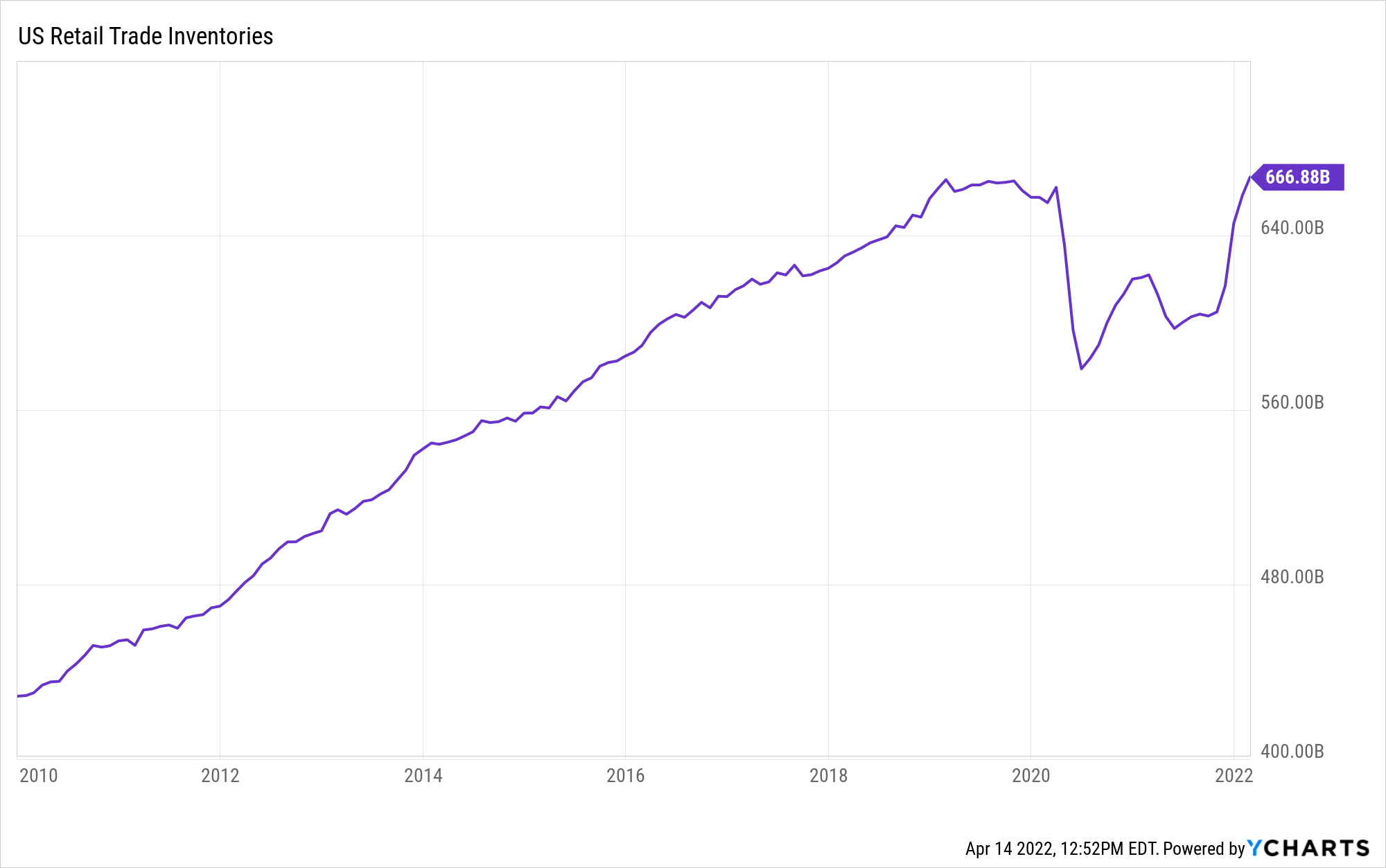