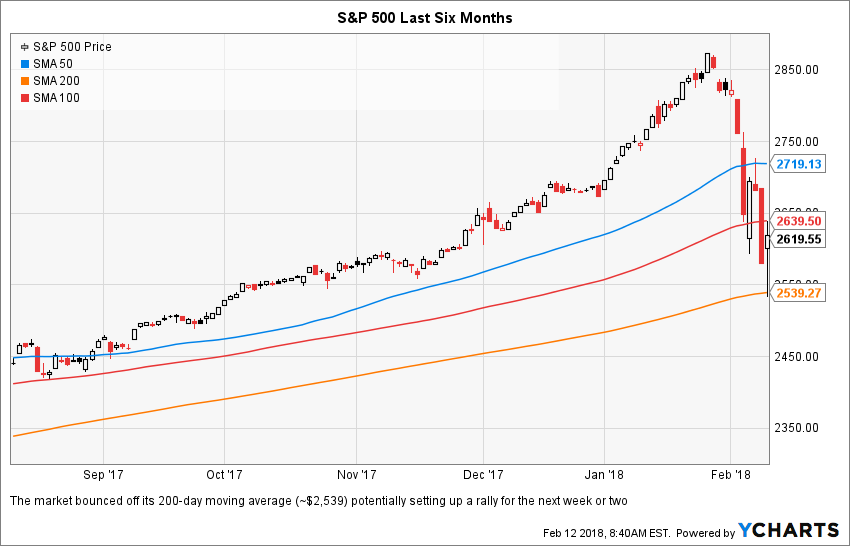 If the market continues to run and breaks through the January 26th high, it could end up being a strong summer, which could delay the ultimate peak of this bull market to September or October. For those interested in my actively-traded strategy, I have purchased call options that would benefit in this bullish scenario.

Here’s where investors need to exercise caution, however. Any rally over the next week or two could be a “suckers’ rally.” A suckers’ rally is a rally in the midst of a bear market that causes investors to load back up on stocks and/or remove their downside hedges because they get a false “all clear” signal. It is also termed a “dead cat bounce.” Suckers’ rallies lead to a lot of pain as it pulls money in near a market top.

For example, many people sold their stocks during the correction we just had and are now “on the sidelines.” Their goal was to wait for the market to go lower before reentering, but if we get a rally they will fear the bottom is already in and chase back into stocks so they don’t get left behind. However, if the market fails to make a new high, it could signal another leg down shortly thereafter. So the rally sucks people in just before the next leg down resulting in a nasty whipsaw because that next downturn has the potential to be much more severe than the 10% correction we just had. In fact, I believe if the market fails to set a new high, it could signal that we are indeed in the beginning stages of the next bear market. For this scenario, I have also purchased puts within my active, short-term trading strategy.

My advice here to investors is to fight the urge to chase the rally understanding it could be a temporary condition before the next downturn. It’s important to maintain confidence that your portfolio positioning is appropriate for your financial goals in both good and bad markets because that will give you a better chance of remaining disciplined and sticking to the plan.

Of course, I’m also making the assumption that your advisor has prepared robust financial projections, including bear market stress tests, to help identify the most appropriate portfolio strategy for your goals. If, instead, your portfolio strategy was determined by some irrelevant rule of thumb or by simply “putting a finger to the wind” than you need to have robust projections prepared ASAP because you may be jeopardizing your retirement without even knowing it.

Let me know if you’d like me to help you with those projections. It could save your hide in the next bear market. Email me at ken@melottefa.com if you’d like to learn more.

Disclosures:
Past performance is no guarantee of future results. This is not intended as individualized investment advice but merely as general education. Do not implement any strategies discussed herein on your own! Options maintain significant risk of total loss. Risk management is absolutely critical.