Below you’ll find the returns for various asset classes spanning stocks, bonds, precious metals and the U.S. Dollar for the last month, quarter and year-to-date.

We observe that the dispersion year-to-date is extremely interesting. For example, there is a massive discrepancy in the performance between U.S. large companies and U.S. small companies. The S&P 500 (large companies) made 5.57% on the year while small caps lost 8.64% on the year. Foreign developed country stocks haven’t fared much better as they’ve lost over 7% on the year. I’ve talked about the recent concentration of returns in the five major tech names previously (Apple, Amazon, Google, Facebook and Microsoft) here and here.

The performance of silver has also caught my eye. It was by far the worst performer in September suffering a 15.5% loss but, even with that loss, silver remains the best performing asset on the list for the year making almost 30% in nine months!

The best performer in September was the U.S. Dollar with the USD ETF (Symbol: UUP) returning 1.68% in the month. 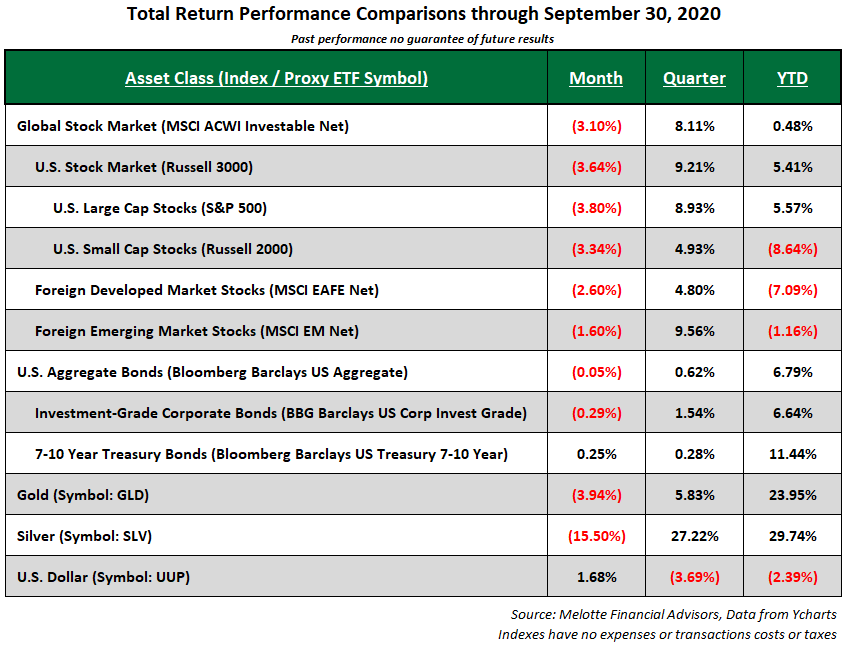 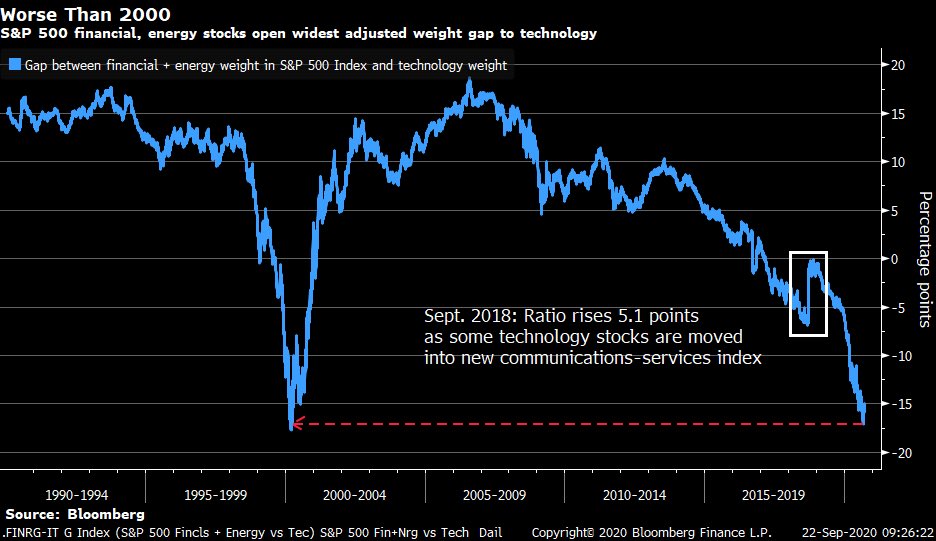 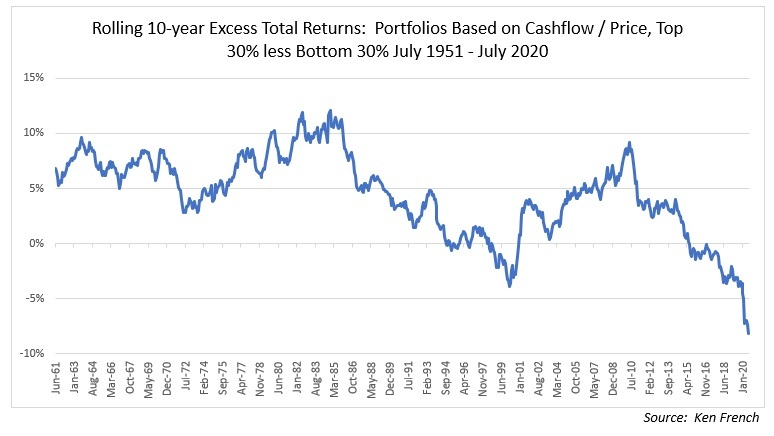 The third quarter was the worst on record for bankruptcy filings putting the YTD total at 193 “by companies with more than $50 million in liabilities… This is the most for any comparable period since 2009, when there were 271 in the full year” – Danielle DiMartino Booth 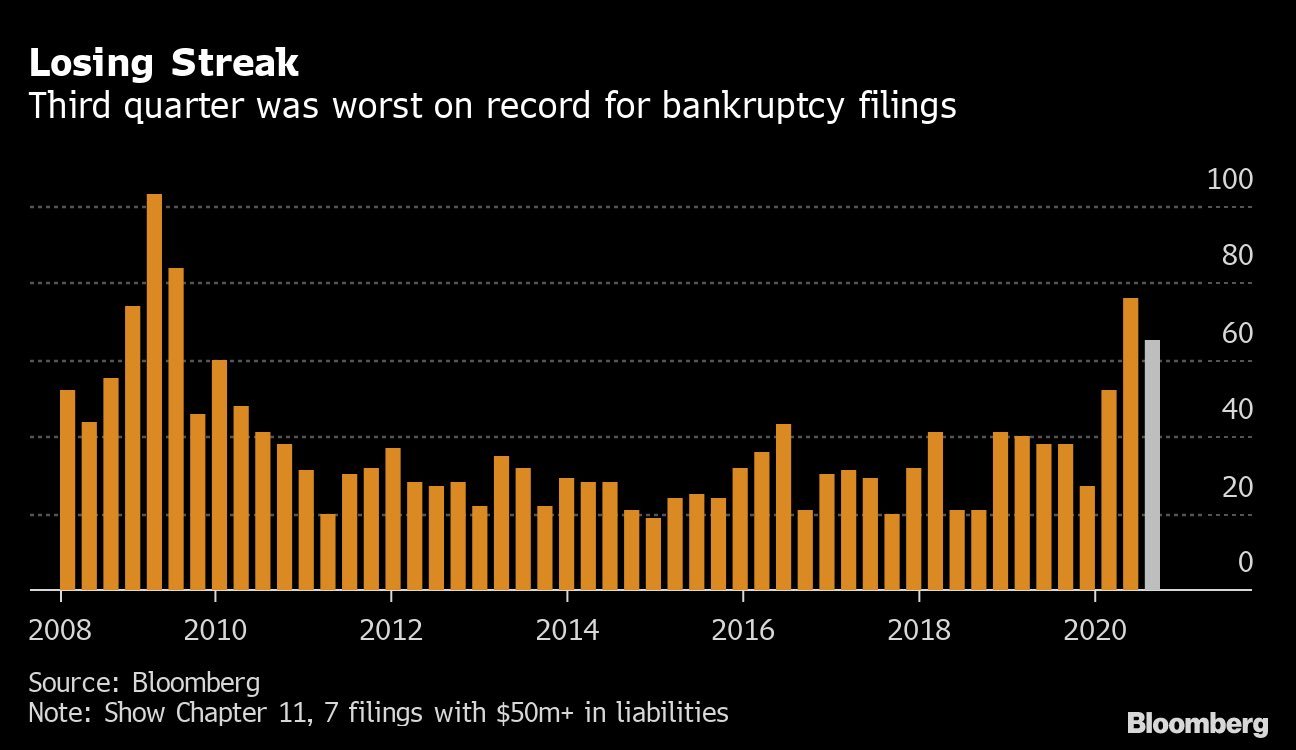 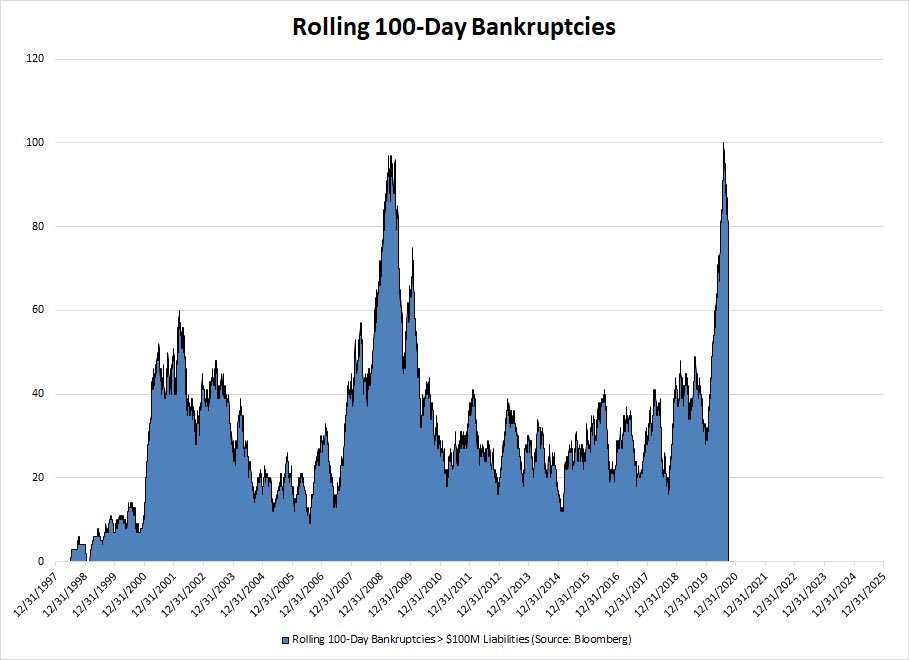 However, a bright spot is that housing appears to be holding up quite well. Anecdotally, here in Green Bay, it seems almost every house I’ve come across listed for sale is getting multiple offers above ask within days of being listed. Nationally, we notice housing prices surging as well. 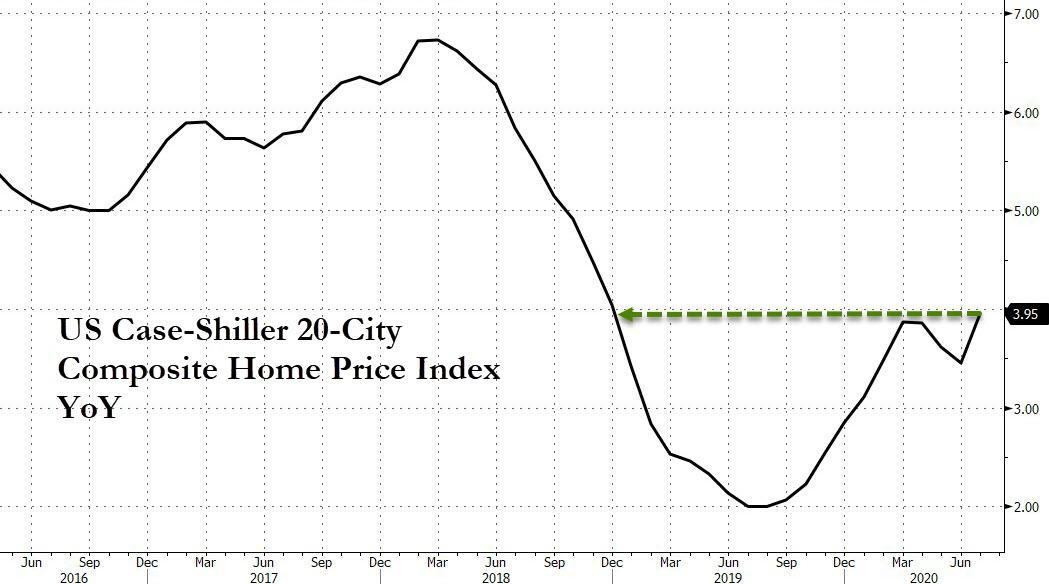 To me, the following are the most important fundamentals that I closely monitor each month: