I was asked a great question by a client this morning. “With all this news of rate cuts from the Fed, how does this impact my portfolio?”

The market has broadly rallied on expectations that the Federal Reserve would begin lowering interest rates again…likely even at its next meeting (July 30-31). This is an action the Fed hasn’t taken since the Great Financial Crisis of 2007 – 2009.

But how has the market actually performed, historically, once the Fed has begun easing after a period of tightening? It’s not necessarily bullish at all:

The advice? Don’t run toward the fire. No sense risking a severe burn, or worse. The risk / reward ratio is not favorable at this time when market valuations are at historic extremes. In plain English, don’t take on more risk than you can afford. A conservative bias in your portfolio (relative to each household’s unique circumstances) is likely prudent.

Care to see how the market performed during the last two rate cut cycles? See below. The reason performance was so poor? The Fed cuts rates when the economy is weak / falling short of growth objectives. It’s not positive that the Fed feels the need to cut rates. 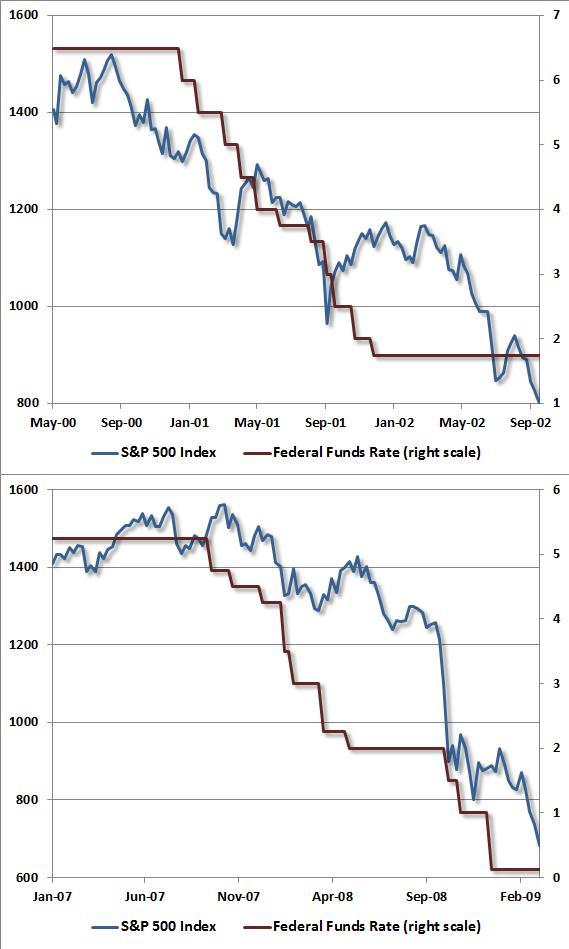 Remember that my view has long been that the Federal Reserve would end up easing monetary policy (e.g. cutting interest rates) again long before it ever got to back to “normal.” It appears that view will be confirmed at their meeting next week as the market is pricing in a 100% chance of at least a 0.25% rate cut.