Well, it’s official. The body responsible for maintaining a chronology of peaks and troughs in U.S. economic activity is the National Bureau of Economic Research (NBER). The NBER just announced that the expansion that began in June of 2009 officially peaked and ended in February of 2020. The U.S. is officially in recession.

That 128-month expansion makes it the longest in history beating the previous record that lasted from March 1991 – March 2001. https://www.nber.org/cycles/june2020.html

If I remember my stats correctly, I believe, on average, it takes the NBER about 6-9 months after a recession begins for them to officially declare it due to the lag in data. Obviously, this particular declaration was just four months after the peak due to the sharp, obvious nature of the decline.

The recent expansion, although impressive in length, was disappointing in terms of actual growth with GDP expanding only 50%. Adjusting for population, GDP per capita rose just 41% during the recent expansion. Compare these figures to the 1991-2001 expansion, which experienced about 74% GDP growth, or 54% per capita. However, the U.S. stock market (S&P 500) had an extremely impressive run with ~400% price appreciation (not including dividends) from the March 2009 low to the February 2020 peak, which helps explain how the recent expansion ended with stock market valuations at such a historically extreme level (i.e. massive stock market appreciation combined with relatively subdued economic growth). 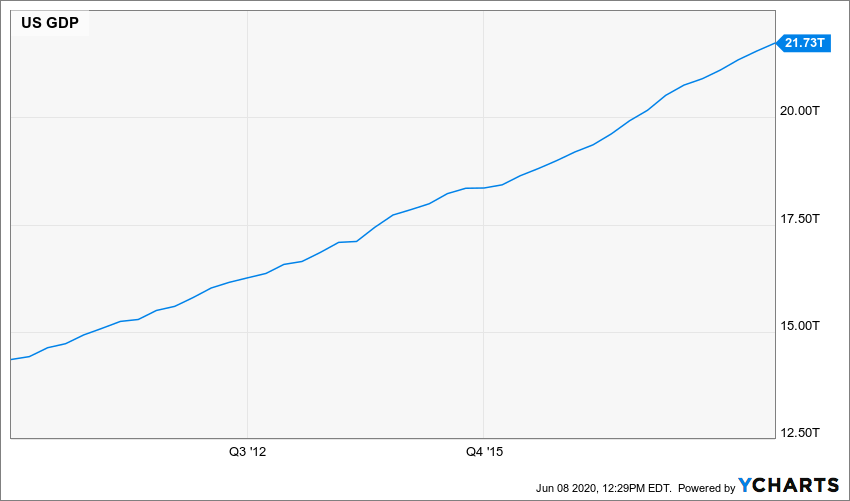 The question now is how quickly does the U.S. economy bounce back and exit recession? Obviously, the economy has already started to bounce back with states reopening from lockdowns but will it be enough to hit “escape velocity” in short order?