As just one illustration of what’s taking place in this market, Tesla stock gained over $115 billion today (yes, billion with a “B”) on the news that Hertz has placed an order for 100,000 vehicles over the next 14 months totaling about $4 billion in revenue. That’s almost 30x the one-time sale! Not earnings but SALES!

To put that in perspective, understand that there are about 74 – 78 million cars sold globally and Tesla sells about 1 million of those yet Tesla is valued more than the rest of the entire global auto industry combined. END_OF_DOCUMENT_TOKEN_TO_BE_REPLACED

The gain since the announcement alone in one month’s time (adding almost $300 billion of market cap) amounts to more than the entire Toyota company! Think about that for a moment. Tesla has added the value of the world’s most profitable and largest automaker in the blink of an eye on no fundamental news whatsoever. END_OF_DOCUMENT_TOKEN_TO_BE_REPLACED

Yesterday, Tesla released their Q2 earnings. I believe we are witnessing an extremely interesting case study in real-time that will be studied by future generations of investors and business students. So, I will continue to comment on it in real-time. There is simply so much to learn from this case, and it’s not often we have the opportunity to witness such an interesting situation as it unfolds.

Tesla closed yesterday with a market cap (the total value of all outstanding shares of stock) of about $300 billion and a per share price of $1,592. To put that in perspective, BMW’s market cap is about $40 billion. So, Tesla’s stock is worth about 7.5x that of BMW’s with just 1/7th the global sales! END_OF_DOCUMENT_TOKEN_TO_BE_REPLACED 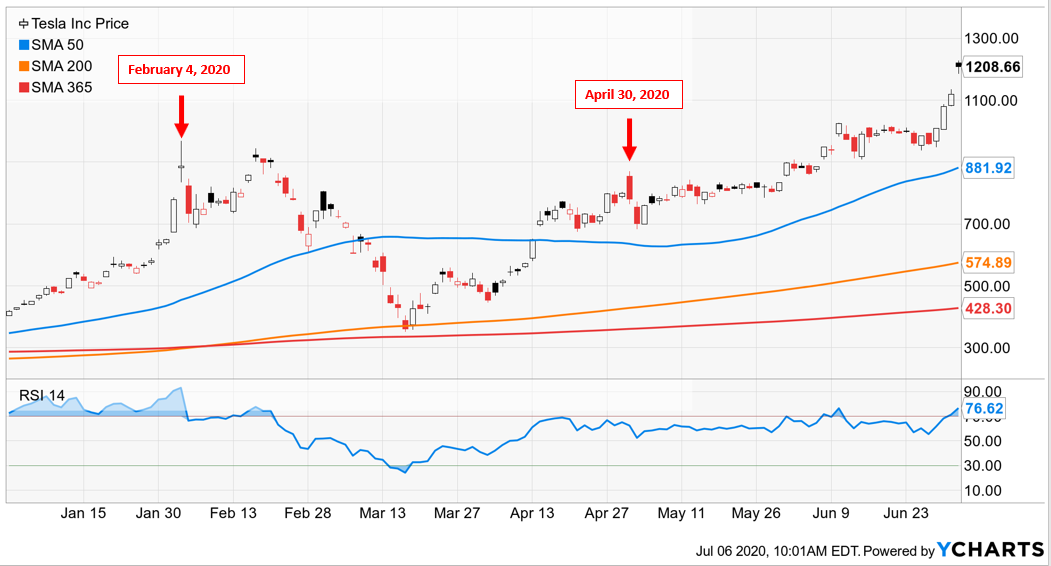 Tesla has set another milestone by becoming the MOST VALUABLE AUTOMAKER IN THE WORLD! As I write this sentence, Tesla is trading at about $1,300 per share, which equates to over a $240 billion market cap! END_OF_DOCUMENT_TOKEN_TO_BE_REPLACED 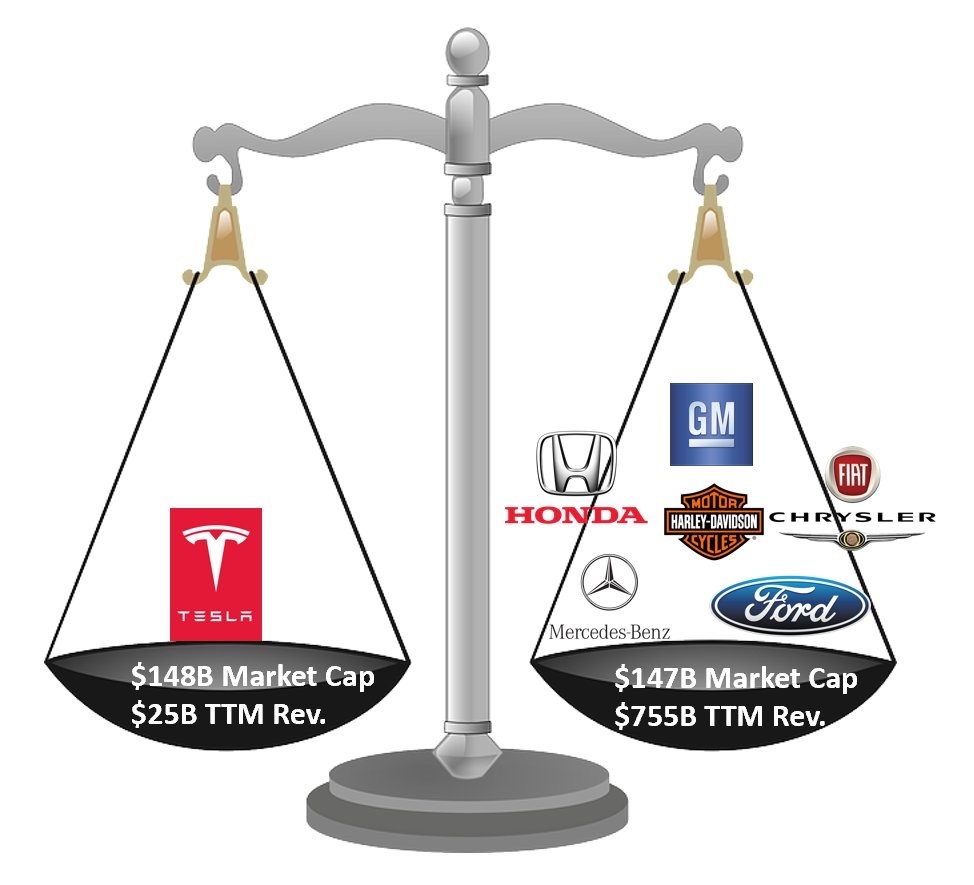 Back in February I did something rare (for me) and wrote about an individual stock, Tesla. I essentially pointed out the absurdity of the valuation based on Tesla’s revenues, earnings, margins and vehicle sales in the context of the industry.

That was written on February 4th upon which Tesla ticked a high price of 968.99. Over the next two months Tesla’s stock price proceeded to decline over 60% to $350. The stock has since rallied to over $800 as I write this. What a ride.

Last night, Tesla reported Q1 earnings. As usual, there are some inconsistencies and concerns in their financials so let’s take another look to see if the $800 per share price is justified. END_OF_DOCUMENT_TOKEN_TO_BE_REPLACED