The debt of the US government recently crossed $27 trillion. Additionally, there are talks for another $2 trillion of stimulus (which the stock market is loving by the way). So, if passed, that would put the US national debt at around $29 trillion!

We should note that the US National Debt was about $20 trillion at this time in 2016. So, the debt was doubled to $20 trillion from $10 trillion (2008-2016) during President Obama’s two terms and looks to be on pace to double again over the subsequent two terms based on the increase thus far in President Trump’s first term.

A $29 trillion debt represents almost $90,000 per US citizen. That means a household with four people has about $360,000 as their share of the national debt in addition to their own private debt and their state and local government debt. Consider that total US household debt is about $14 trillion so that’s another $42,000 per citizen, or $170,000 for that same household of four on average.

It’s official, the U.S. stock market has been in a bear market since it’s all-time closing high on February 19, 2020. Yesterday, the U.S. market had it’s worst day since Black Monday 1987 (market lost over 22% in a single day). 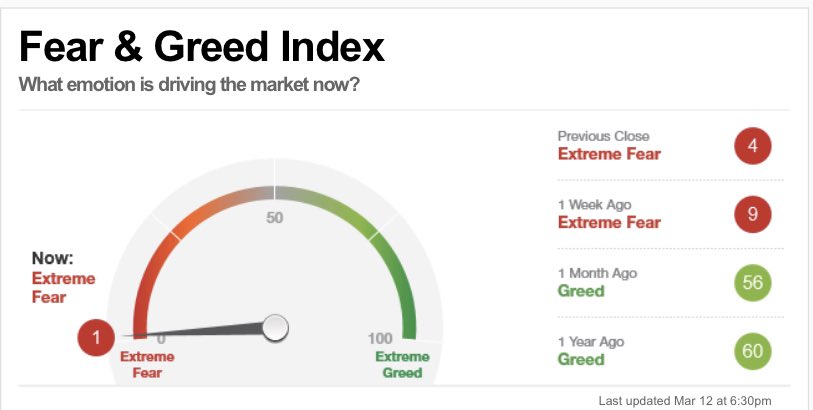 END_OF_DOCUMENT_TOKEN_TO_BE_REPLACED

Last Friday I wrote a market commentary to reiterate my concerns about market valuations but primarily focused on the fact that some technical (short-term) indicators were hitting historical extremes implying the potential for short-term problems in the market.

Executive Summary: The price you pay for an asset determines your return.

I came across this chart over the weekend from @OddStats. The chart shows the returns of the S&P 500 by decade. 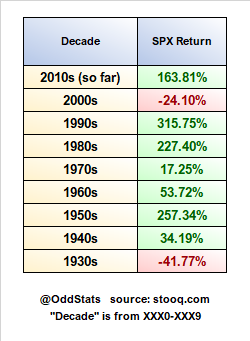 END_OF_DOCUMENT_TOKEN_TO_BE_REPLACED

One of the more important questions I try to answer via the financial planning process is, “How much can I withdraw from my portfolio each year and not run out of money?” Or the inverse of that, which is, “How much do I need to have saved in order to retire and sustain my current lifestyle without running out of money?”

To answer the question specifically for your unique circumstances we would need to prepare custom financial projections, however, there are some general rules of thumb that can serve as a starting point. END_OF_DOCUMENT_TOKEN_TO_BE_REPLACED