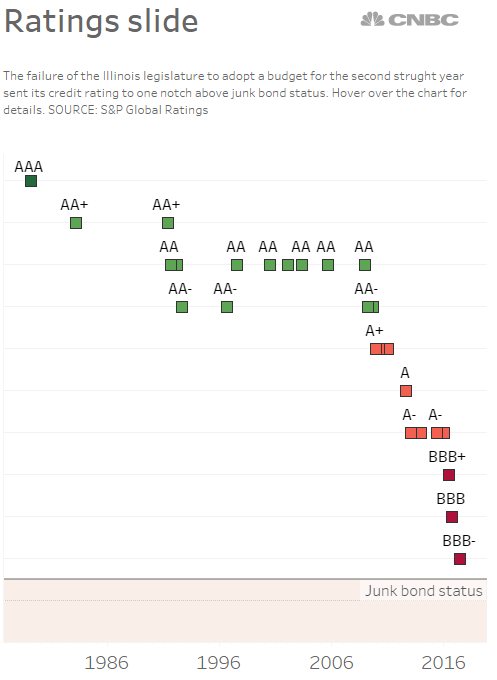 I’ve been casually monitoring developments in the breakdown of Illinois state finances since the Financial Crisis, which appears to be picking up speed as of late. Illinois was recently downgraded and has the lowest credit rating of any state. It’s possible, if an acceptable budget deal isn’t reached by July 1st, that Illinois will be further downgraded to junk status.

The Gist of Illinois’ Fiscal Woes:

And this all on the heels of one of the greatest bull markets in history. It’s reasonable to assume that the nation is closer to the end of this growth cycle than the beginning. So what happens during the next recession? Illinois’, and other states’, financial troubles will only be compounded.